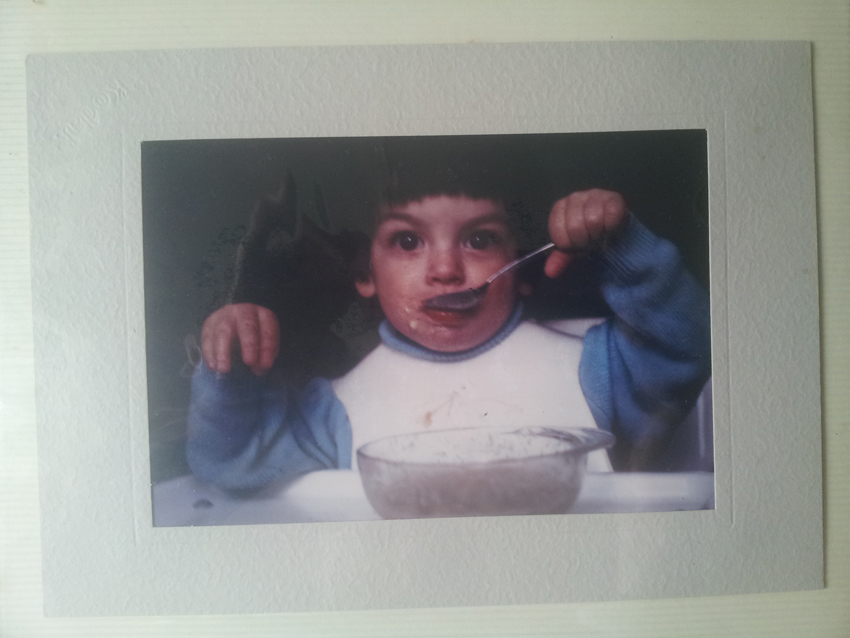 And therefore it’s quite apt that this final stage of my MA involves research into memory and the role that food plays in incubating our past. I’d like to illustrate this with a little story involving ‘langos’. What is langos? The final ‘s’ pronounced as ‘sh’. Read on and you’ll find out.

Just before Christmas I went to a market with a potential research project participant, a dynamic Hungarian lady. By chance, or serendipity, the first stall we got to sold freshly made langos, tasty deep-fried dough and a traditional Hungarian snack. 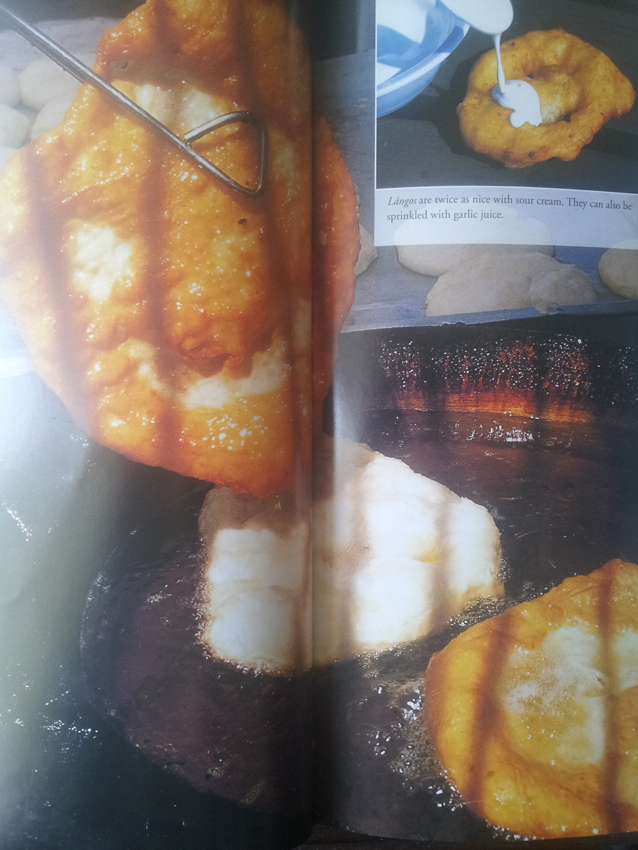 Langos recipe on a page from a recipe book.

I had gone to meet my potential participant for an informal ‘getting-to-know-you’ as a prelude to a discussion on the intertwined relationship of food and memory. As we wandered around the centre of Oxford chatting we came across a market hidden away behind the bus station. On entering, there to our disbelief was a stall selling langos.

I should add here that my paternal grandparents were Hungarian and therefore the sight of this traditional Hungarian snack held memories and a significance for me, as well as for my companion, who became quite animated!

The smell of the oil in which the langos were being fried transported me from a grey, cool, windy afternoon in Oxford to a hot sunny day on the banks of Lake Balaton circa 1984 as I happily queued at a kiosk for one.

The smell was evocative of summer holidays spent by the lake. Evocative and yet I hadn’t been back for thirty years!

Cinnamon has a similar effect, transporting me instantly to my grandmother’s steam-filled kitchen. Smells it seems have a way of accessing memory and sometimes triggering memories that have lain hidden and undisturbed for decades.

How are issues of belonging and identity (via food and olfactory memory) bound up with memory?

[How] can food and its constituent aromas help to situate identity?

These are two of the questions that I hope to [partly] answer during my research.

As a small footnote: my research participant and I were surprised to discover that langos is also popular in Slovakia. In many ways we [I] shouldn’t have been surprised as food cultures overlap political borders, and in addition much of Slovakia was until World War I within Hungary’s borders. Anyway, this initiated an interesting conversation between us and the langos makers, Tomas and Vladimira.

By the way, the langos was great! Made even better with sour cream and cheese!

2 thoughts on “Langos: memories of summers by the Balaton”